WHAT’S INSIDE A BULLET? 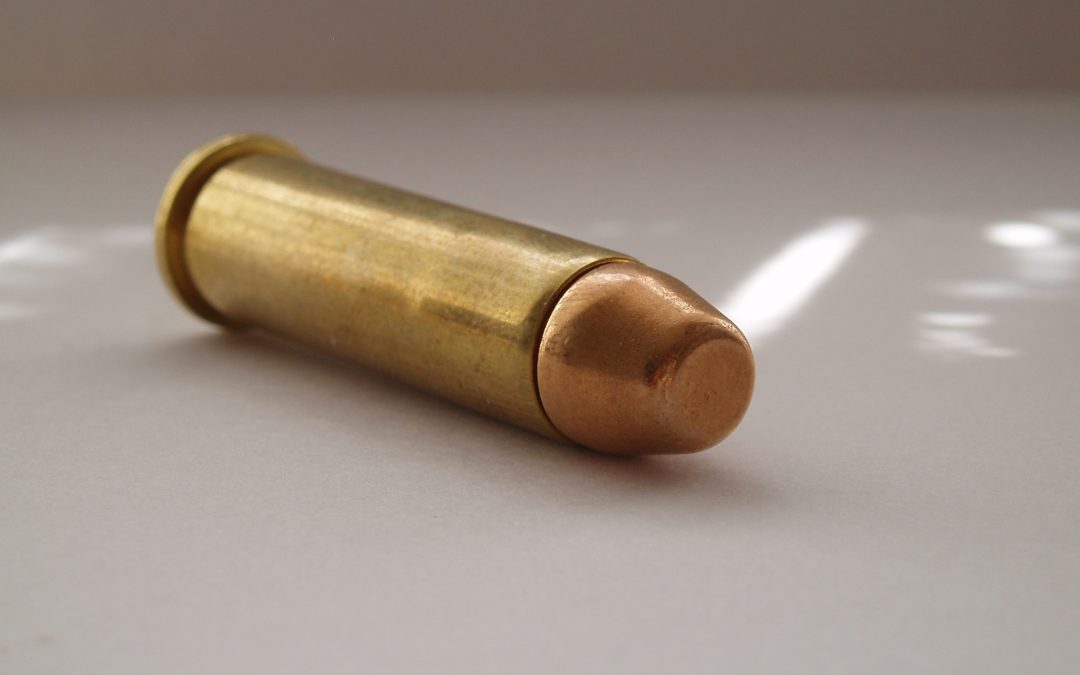 Forgive Me For Asking…And Trying To Find Out.

When you’re twelve and you find a bullet, a real honest to God bullet, you ask yourself many questions. Where did it come from? Who does it belong to? What’s Really Inside a Bullet Anyway?

Actually, I already knew where it came from and who it belonged to – my dad. He was a policeman in our city at the time and though we knew he had a gun, we never saw it. He kept it locked away in the closet and out of reach when he wasn’t on duty. And, when he cleaned it, he did it by himself in the garage with the door locked. So, when I found the stray bullet on the workbench in our garage one day I knew it was one of my dad’s. Yes, I should have taken it in the house right then and given it to him or mom, but as I stared at it more and more it seemed to speak to me. Happens a lot when you’re twelve, right guys.

The answer to both those and many other questions was, “Yes! Of course!”

So, I squeezed one half of the bullet in the vice on the workbench, grabbed a pair of pliers and began to pull on the head of the bullet with all my might trying to free it from its shell. You’re probably thinking I should have been thinking, “Don’t you know this is dangerous? Don’t you know what you’re doing is stupid?” But the bullet never asked me those questions – so I kept pulling until “voila” it popped off, and without firing across the room or through my hand!

I studied the bullet head for a minute and then took the shell from the vice. As expected, when I tipped the shell into my hand a stream of grayish-black gunpowder poured out. “Coooool!”

Of course, my curiosity hadn’t even peaked yet and thoughts of, “I wonder what would happen to gun powder if you lit it on fire?” Which, of course, I tried.

I might have lost most of you women readers by now but I promise the guys are with me!

Long story, short – I ended up behind a tree in my neighborhood, on my knees, trying to get any kind of spark from the powder with a lighter I found in my dad’s desk. I tried the flame from every angle but nothing appeared to be igniting – except for the tall grass all around the tree! I had been so focused on the gunpowder that I never noticed I was catching everything dry around the tree on fire and pretty soon had to jump up, stomp a few times, futily, and then watch my neighbor’s tree burn completely to the ground.

When the Fire Department arrived and found out I was the culprit, they recognized the last name and probably couldn’t wait to tell my dad, Officer Poletiek, what had happened. When my dad came home that night, and heard what I had done he hollered, “Keith! Garage! Now!”

What I heard was, “Keith! Dead! Meat!” I knew I was in big trouble and big trouble usually meant a big whooping! But, instead, something strange happened that day and it changed my relationship with my dad forever. He didn’t whoop me or yell at me or even punish me! He just  looked at me for a few seconds and then calmly said, “You really could have hurt yourself bad this time!” He almost seemed to be tearing up. “And, not the falling out of tree hurt or the crashing on your bike hurt,” he continued. “The really, really bad hurt, or even worse. The kind of injury I can’t just wrap with something or put a bandage or ice on and tell you to go back out and play.”

Then he hugged me and said, “Never again, okay?”

Message received, loud and clear, dad. He didn’t have to yell to get the message across this time.

I hope, moms and dads, you’re hearing this loud and clear also. He showed me he loved me. More than all my stupidity. More than all my foolishness and curiosities. I knew he truly loved me and for whatever reason, this time, chose not to punish me. He just forgave me and we became closer than ever. I knew from that moment on, “This guy would take a bullet for me!”